An Online Book of Condolence is now available on the Royal Website for those who wish to send a personal message of condolence.

The Website is also a great source for updates from Buckingham Palace and information about the Duke of Edinburgh’s life and work.

The Royal Air Force Air Cadets is deeply saddened that our former Royal Patron, His Royal Highness The Duke of Edinburgh, has died.

Prince Philip was the Air Training Corps’ Honorary Air Commodore-in-Chief for 63 years before handing over to Her Royal Highness The Duchess of Cambridge in 2015. His Royal Highness assumed his appointment following the death of our founding Patron His Majesty King George VI, and throughout his Royal Patronage frequently met with cadets and took a keen interest in their activities and achievements.

The Duke of Edinburgh’s Award Scheme is a hugely important legacy, and has featured prominently in the Air Cadet syllabus for many years, and the Royal Air Force Air Cadets has been amongst the largest awarding bodies of the Scheme with hundreds of cadets and junior volunteers achieving the coveted Gold Award every year.

His Royal Highness The Duke of Edinburgh is an important part of the history of the Royal Air Force Air Cadets, and we send our admiration and deepest condolences to Her Majesty The Queen and The Royal Family. 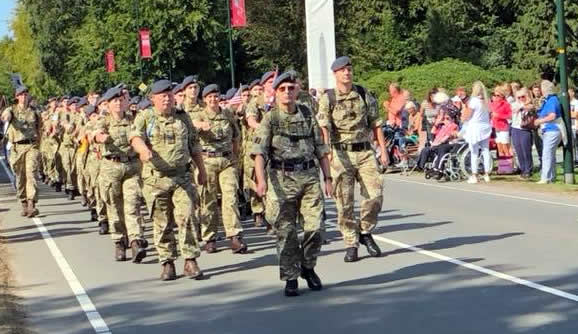